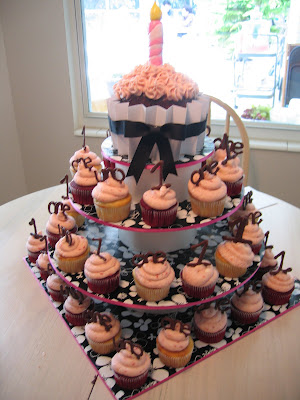 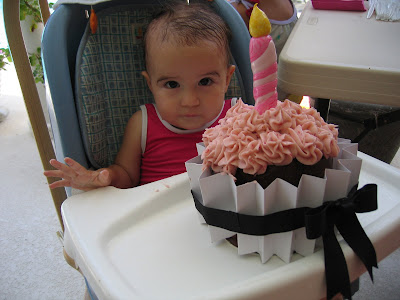 I did take the giant cupcake wrapper off before she dug in. 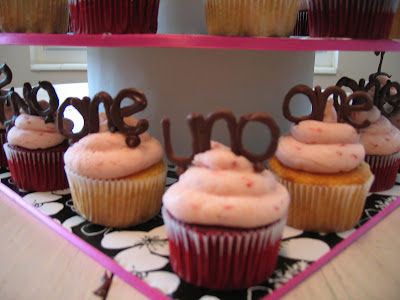 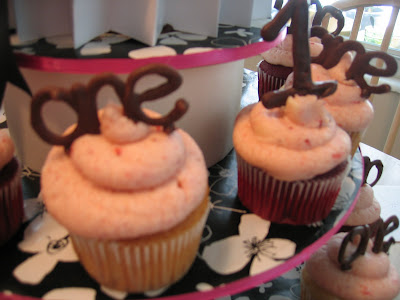 Little Bit was not a big entertainer with the smash cake. She took a few bites of the frosting but didn't go for it. She would much rather be down on the ground walking around. The frosting was strawberry buttercream, which was a good tasting frosting (even though I don't like frosting because it is too sweet) but didn't hold up in the heat and humidity. I used all butter. I think it would have held up better with shortening...but where's the fun in that? More pictures of the birthday girl later this week.